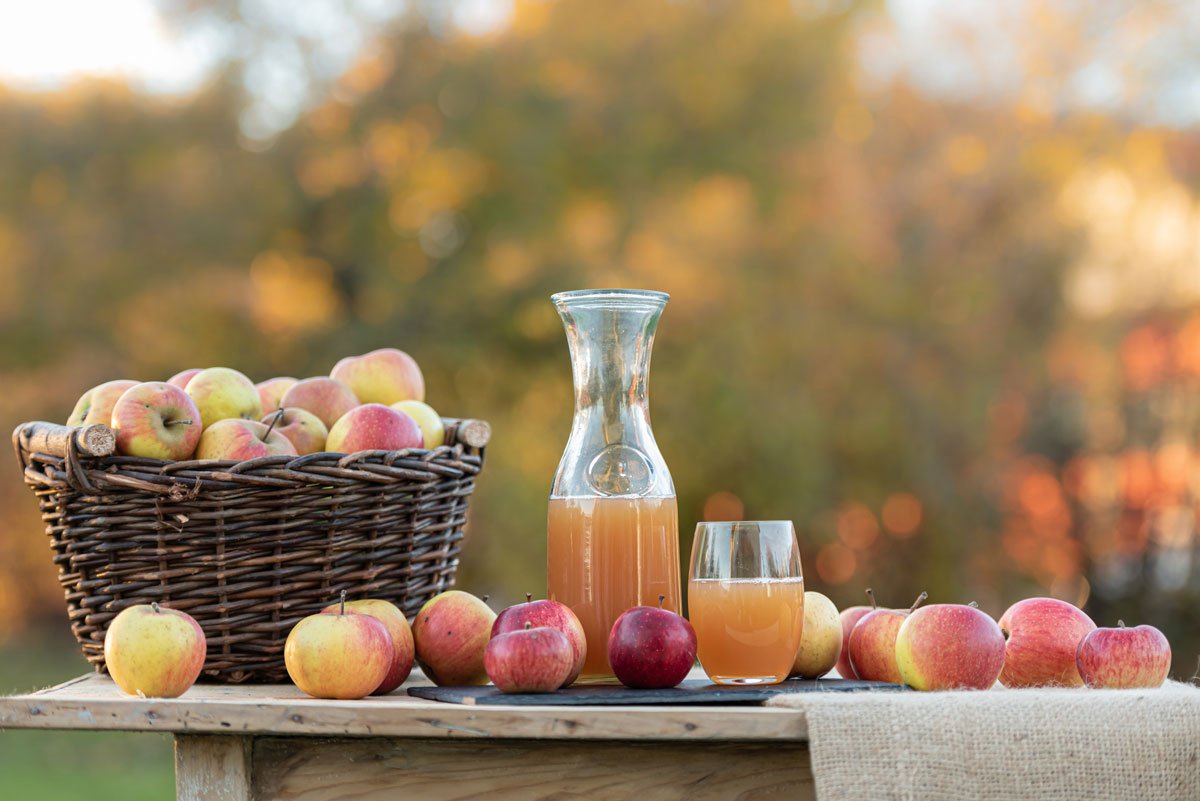 Fall is a time when a person can savor the bounty of the earth, laugh at how our breath on a crisp morning makes us look like dragons and practice trust falling onto a freshly raked pile of bright, crunchy leaves. At this time of year my mind travels back before cell phones, social media, and car seat laws.

As a child it was always exciting hearing my grandparents ask neighbors and friends, “How’s the cider?” That simple question let me know that apples have been harvested and presses have produced this year’s first batch of apple cider. It also meant a car ride to the orchard.

At that time, there were a couple apple presses close enough to drive to. Discussions were made as to the qualities of cider each press produced that year. You don’t really know until you try it, so off we would go to the cider that held the most promise.

One of the best parts was standing on the bench seat of a 1969 Rambler Rouge, staring out the front windshield flanked by my grandfather manning the wheel and my grandmother riding shotgun. With a little push of my toes, I could push my head up against the roof.

After about 20 miles and a slight curve to the left, through the front windshield apple trees came into view followed by a red weathered wooden building. We had arrived.

Through the open bay door we went, the chilled breeze joining us. Wooden tables held white paper bags with strong handles full of various kinds of apples. A cool case offered other vegetables, fruit, and jugs of fresh cider. My eyes searched for the maple and honey area where a grand natural sugar high could be obtained.

I usually stayed by my grandmother as she looked over apples, answering any questions I had about them while my grandfather looked around and chatted with people he knew. Once we had lined up bags of apples next to the register it was time to test the cider. My gaze drifted toward the press.

The right side of the building had a huge beast of wood and metal used to crush the stuffing out of the apples. I found it terrifying. Granted, at the time I didn’t know that the apples were first crushed and then put in the press. I’m sure future nightmares would have incurred with that little gem of information.

Small paper cups of fresh cider were lined up for tasting. On a warmer day, a race between bees, yellow jackets and people would ensue. Everyone tasted; even my opinion was important. A good year would mean gallons brought home then split into half gallon jugs and frozen to be enjoyed over the months ahead. A nod from the closest grandparent and I was at the honey corner picking out a root-beer flavored honey stick for the ride home.

Once back at my grandparents’ home I would “help” deposit the bags of apples and jugs of cider into the warm kitchen. It was a sight. So many apples ready to be made into wonderful tasty treats. Though I think, the best part was having my Mother come up next to me, gaze over the bounty before us, look down at me and ask, “How’s the cider?”