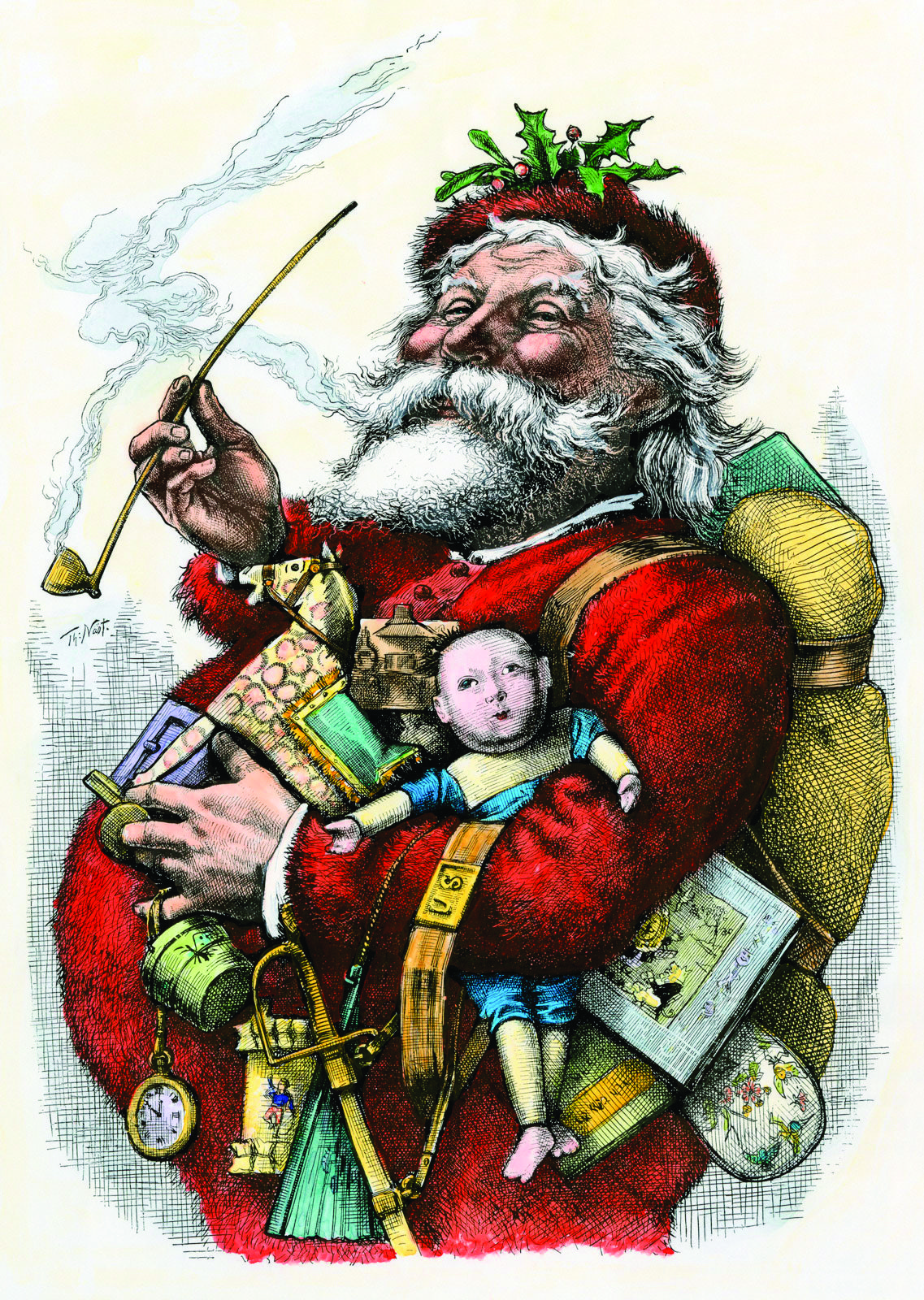 On Sept. 21, 1897, The New York Sun published what was to become the most widely read letter to a newspaper. It was sent in July of 1897 by 8-year-old Manhattan resident,  Virginia O’Hanlon. Below is the full text of her letter and the reply by Sun lead editorial writer Francis Pharcellus Church which originally ran on the seventh page below state and local editorials.

Dear Editor, I am 8 years old. Some of my little friends say there is no Santa Claus. Papa says, “If you see it in The Sun, it’s so.” Please tell me the truth, is there a Santa Claus?
Virginia O’Hanlon
115 W. 95th St.

Virginia, your little friends are wrong. They have been affected by the skepticism of a skeptical age. They do not believe except they see. They think that nothing can be which is not comprehensible by their little minds. All minds, Virginia, whether they be men’s or children’s, are little. In this great universe of ours man is a mere insect, an ant, in his intellect, as compared with the boundless world about him, as measured by the intelligence capable of grasping the whole truth and knowledge.

Yes, Virginia, there is a Santa Claus. He exists as certainly as love and generosity and devotion exist, and you know that they abound and give to your life its highest beauty and joy. Alas! How dreary would be the world if there were no Santa Claus! It would be as dreary as if there were no Virginias. There would be no childlike faith then, no poetry, no romance to make tolerable this existence. We should have no enjoyment, except in sense and sight. The eternal light with which childhood fills the world would be extinguished.

Not believe in Santa Claus! You might as well not believe in fairies! You might get your papa to hire men to watch in all the chimneys on Christmas Eve to catch Santa Claus, but even if they did not see Santa Claus coming down, what would that prove? Nobody sees Santa Claus, but that is no sign that there is no Santa Claus. The most real things in the world are those that neither children nor men can see. Did you ever see fairies dancing on the lawn? Of course not, but that’s no proof that they are not there. Nobody can conceive or imagine all the wonders there are unseen and unseeable in the world.

You tear apart the baby’s rattle and see what makes the noise inside, but there is a veil covering the unseen world which not the strongest man, nor even the united strength of all the strongest men that ever lived, could tear apart. Only faith, fancy, poetry, love, romance can push aside that curtain and view and picture the supernal beauty and glory beyond. Is it all real? Ah, Virginia, in all this world there is nothing else real and abiding. 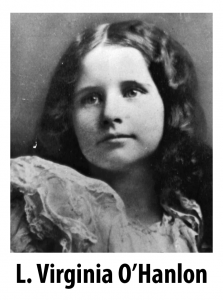 Many years after the original printing of her letter, Virginia recalled what led her to write the article: “My birthday was in July,” she said, “and, as a child, I just existed from July to December, wondering what Santa Claus would bring me.”

And the Sun’s response was not immediate as many have speculated. “After writing to the Sun,” she told an audience in Connecticut in the late 1950s, “I looked every day for the simple answer I expected. When it didn’t appear, I got disappointed and forgot about it.”

Throughout her life Virginia continued to receive mail about her letter and even had specially printed copies of the editorial which she included in her replies. 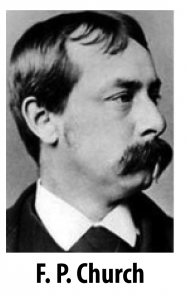 When O’Hanlon’s letter made its way to Church’s desk, he was less than enthusiastic. According to an account by The New York Sun’s editorial page editor, Edward P. Mitchell, Church “bristled and pooh-poohed at the subject when I suggested he write a reply to Virginia O’Hanlon; but he took the letter and turned with an air of resignation to his desk.”

Prior to penning his iconic response to O’Hanlon, Church had been a battlefield correspondent during the American Civil War, then went on to help launch The Army and Navy Journal and Galaxy magazines.

The Sun did not reveal that Francis Pharcellus Church was the author of the editorial until his death, in an editorial tribute published April 12, 1906.

Always the professional, Church’s elegant response to O’Hanlon continues to be lauded as a journalistic feat. Without pandering, he reinforces the idea that faith – not scepticism – makes life worth living.